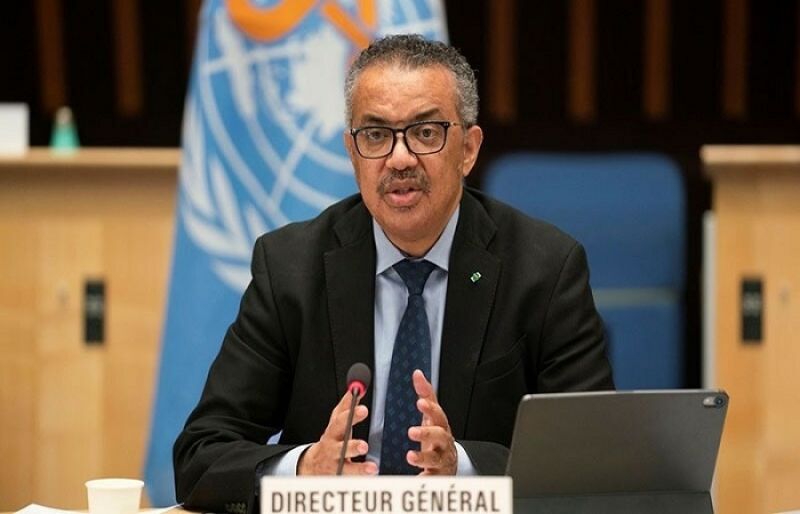 The head of the World Health Organisation (WHO) said on Wednesday he had met with the Taliban’s health minister for talks on the “dire” health and humanitarian crisis in Afghanistan.

WHO chief Tedros Adhanom Ghebreyesus revealed that he met Qalander Ebad for talks on Tuesday.

Ebad is part of a Taliban delegation visiting Geneva for a week of talks with institutions and non-governmental agencies on humanitarian access and human rights, as Afghanistan’s new rulers expand their international engagement.

The hardline Taliban movement returned to power in Kabul in mid-August as the United States ended its 20-year war in Afghanistan.

Since then, Afghanistan has plunged into financial chaos, with inflation and unemployment surging, while the halting of aid has triggered a humanitarian crisis in a country already devastated by decades of war.

Tedros had already met Ebad during his visit to Kabul in September 2021 in the wake of the Taliban takeover.

“Despite some improvements since then, the health situation in Afghanistan is still dire and the acute humanitarian crisis is continuing to put lives at risk,” said Tedros.

He said they discussed health needs in the country, strengthening the system, emergency preparedness and training the health workforce, to which women are central.

“The acute need in Afghanistan is to deliver diagnostics to detect the Covid-19 virus, and in particular Omicron, as the number of cases is on the rise,” Tedros said.

The Taliban delegation is in Switzerland at the invite of Geneva Call, which works to protect civilians during conflict.

The foundation is hosting a conference on Afghanistan behind closed doors from Monday to Friday, aimed at enhancing the unimpeded delivery of humanitarian assistance in the country.

The Taliban delegation will also meet with Swiss and other European officials, plus the Red Cross during its visit — though Switzerland’s foreign ministry insisted its presence on Swiss soil did not constitute recognition of the regime.

Tedros said the WHO was supporting the Covid-19 response in Afghanistan and its efforts on polio and measles immunisation campaigns.

“We also discussed progress on girls’ education at all levels, including higher education and support for joining the health workforce,” the UN health agency chief said.

“WHO calls on the international community to continue with dialogue to support the people of Afghanistan, so that we improve the health and well-being of all Afghan people.“