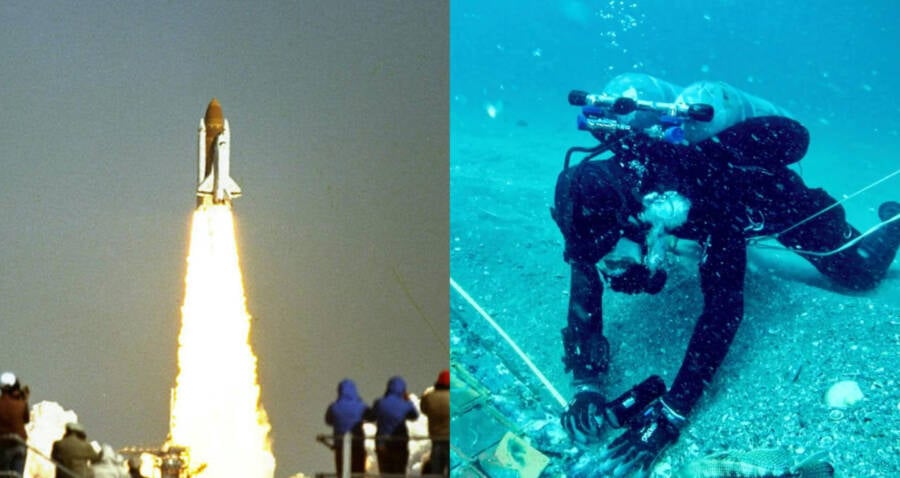 When the Challenger exploded just after takeoff on January 28, 1986, all seven crew members died while millions of Americans watched on TV. 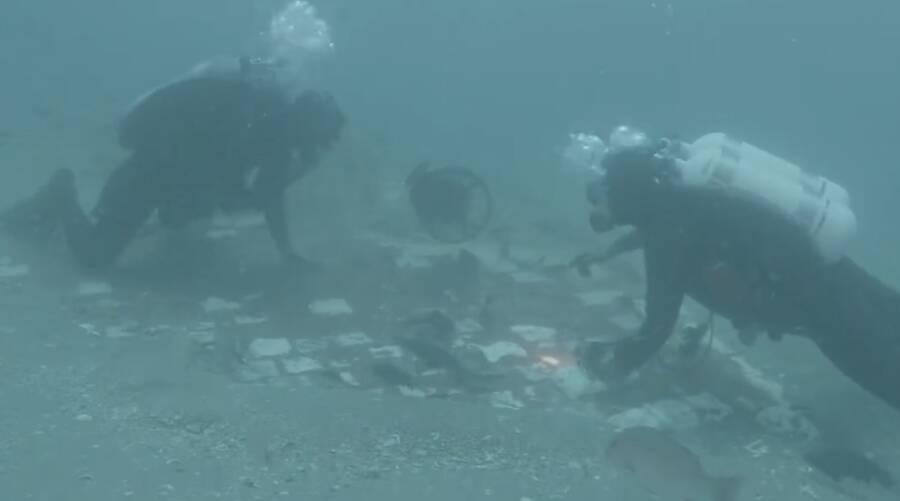 History Channel/TwitterThe TV crew was working on a documentary and searching for the wreckage of a WWII-era aircraft when they found the Challenger wreckage instead.

Nearly 37 years after the Challenger space shuttle’s tragic explosion killed all seven crew members on board, divers working for a TV documentary came across a piece of the wreckage off the coast of Florida.

“For millions around the globe, myself included, January 28, 1986, still feels like yesterday,” NASA administrator Bill Nelson wrote in a press statement. “This discovery gives us an opportunity to pause once again, to uplift the legacies of the seven pioneers we lost, and to reflect on how this tragedy changed us.”

On that fateful winter day, millions of Americans watched in horror as, just 73 seconds after liftoff, a malfunction caused the Challenger to explode, taking with it the lives of Michael Smith, Francis Scobee, Ronald McNair, Ellison Onizuka, Judith Resnik, Gregory Jarvis, and Christa McAuliffe.

Earlier this year, a History Channel documentary crew discovered the Challenger‘s wreckage off the Florida coast while seeking the wreckage of a World War II-era aircraft for a film about the Bermuda Triangle.

Instead of the plane, they came across a “large humanmade object covered partially by sand on the seafloor,” according to the statement. The modern construction of the object, its eight-inch square tiles, and its close proximity to the Florida Space Coast led the team to contact NASA representatives, who recently confirmed that the find is indeed a remnant of the Challenger.

The History Channel also shared a video of the recovery of the Challenger wreckage:

What they uncover off the coast of Florida, outside of the Triangle, marks the first discovery of wreckage from the 1986 Space Shuttle Challenger in more than 25 years. Don’t miss the premiere of The Bermuda Triangle: Into Cursed Waters on Tuesday, November 22 at 10/9C. pic.twitter.com/LWUoFXxEnK

“Challenger and her crew live on in the hearts and memories of both NASA and the nation,” said Janet Petro, Director of the Kennedy Space Center, which has historically displayed other pieces of the Challenger‘s wreckage. “Today, as we turn our sights again toward the Moon and Mars, we see that the same love of exploration that drove the Challenger crew is still inspiring the astronauts of today’s Artemis Generation, calling them to build on the legacy of knowledge and discovery for the benefit of all humanity.”

The Challenger explosion still marks one of the most shocking and tragic failures of the American space program.

The Challenger shuttle’s launch had been delayed numerous times, and when it finally launched on January 28, 1986 at 11:38 a.m., it climbed to roughly 48,000 feet above the Earth’s surface before the explosion — the result of a combination of faulty equipment, poor weather conditions, and reckless leadership. 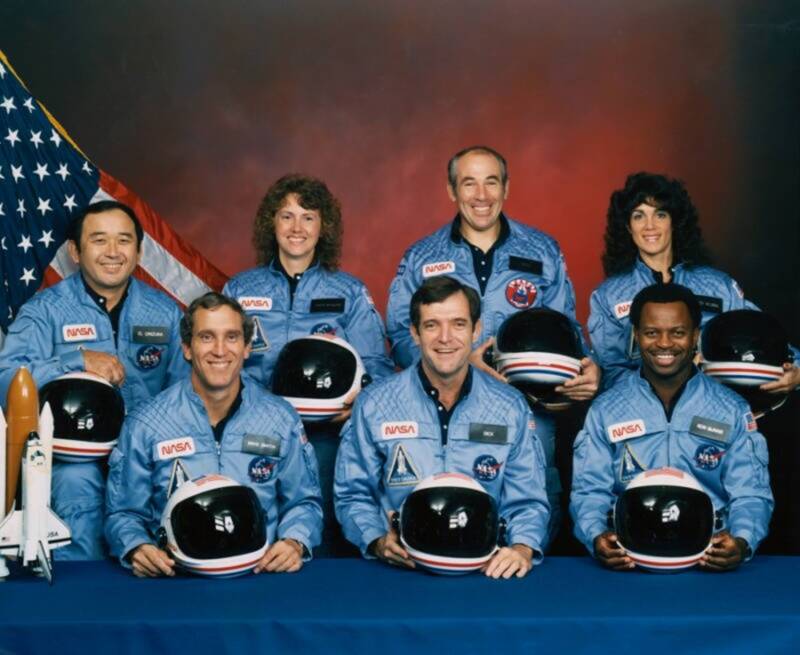 Multiple engineers and staff members on the project warned that the shuttle was not prepared for launch, and the night before the crash, an engineering contractor working on the mission even refused to sign a launch recommendation. NASA, however, went through with the Challenger launch anyway.

Moreover, many of the crew likely survived the explosion itself, instead remaining conscious as they hurtled back towards the Earth at a speed of 207 miles per hour before hitting the surface of the ocean — likely being torn from their seats and smashed against the cabin walls.

The catastrophic failure was caused by a problem with the shuttle’s O-rings — rubber seals that lined parts of the Challenger‘s rocket boosters. What’s worse is that NASA had been aware of problems with O-rings for 15 years before the Challenger explosion. 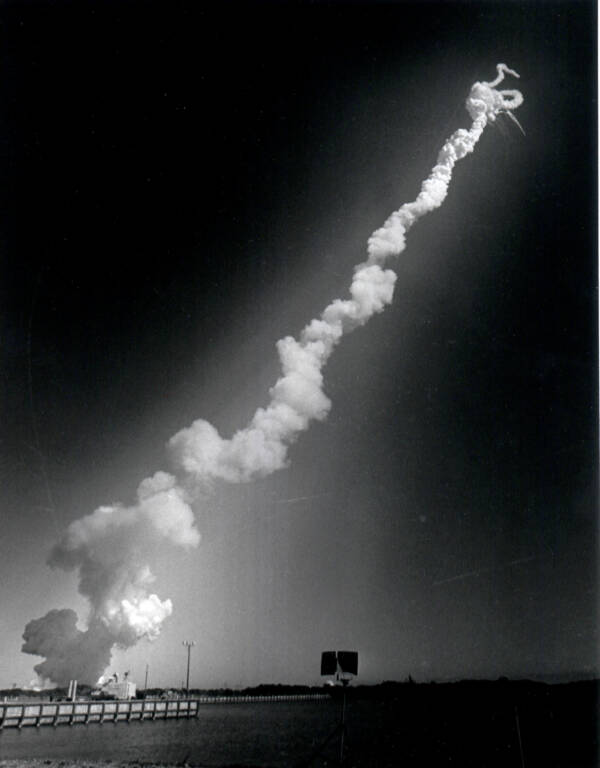 MediaNews Group/Boston Herald via Getty ImagesA photograph of the Challenger space shuttle, just over a minute after it launched as it exploded.

In fact, a defense contractor warned in 1971 that it was possible to burn through a shuttle’s O-rings — and that if it occurred near a hydrogen fuel tank, it could be disastrous.

Over a decade later, NASA continued to face problems with their shuttles’ O-rings, with seven of the nine shuttle launches in the years before the Challenger incident showing signs of damaged O-rings.

At the time, Commissioner Richard Feynman had even warned that the agency was playing “a kind of Russian Roulette… You got away with it, but it shouldn’t be done over and over again.”

Yet, despite all of the warnings and evidence that things could go wrong, the Challenger‘s launch was pushed through, and to deadly results.

The incident marked significant changes in NASA’s shuttle programs, most notably the addition of an emergency escape system for the crew on board.

“At NASA, the core value of safety is – and must forever remain – our top priority,” Nelson said in the new statement, “especially as our missions explore more of the cosmos than ever before.”

NASA says they are now considering what to do with the newly recovered wreckage, hoping to find a purpose for it that will honor the crew of the Challenger.

Next, check out 25 vintage NASA photos that harken back to space exploration’s most important moments. Then, learn about Sally Ride, the woman who overcame sexism to become the first woman in space. 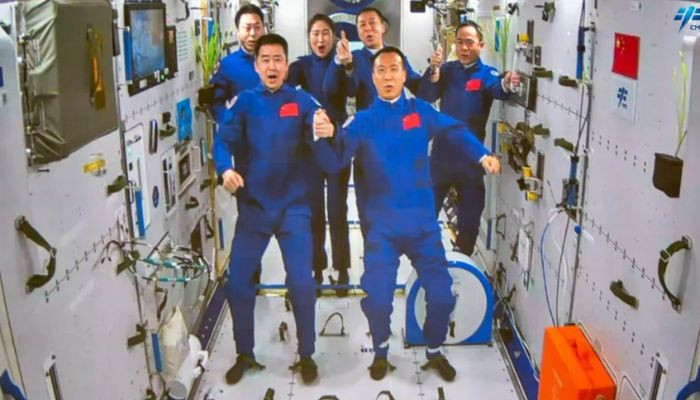 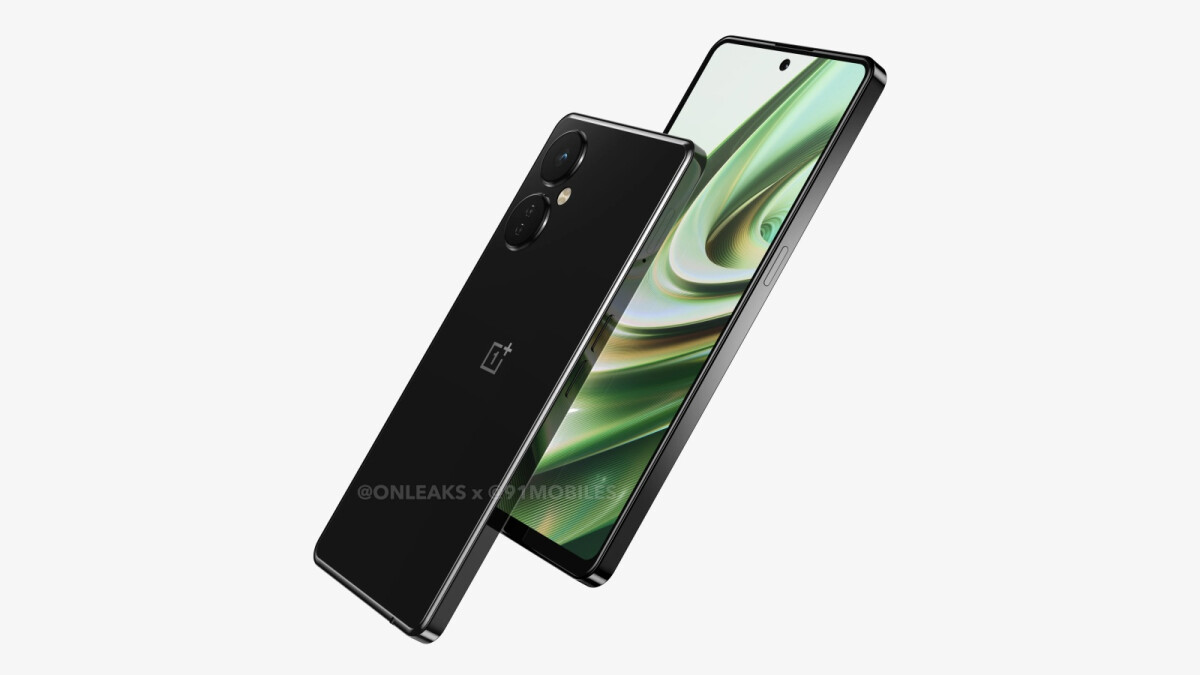