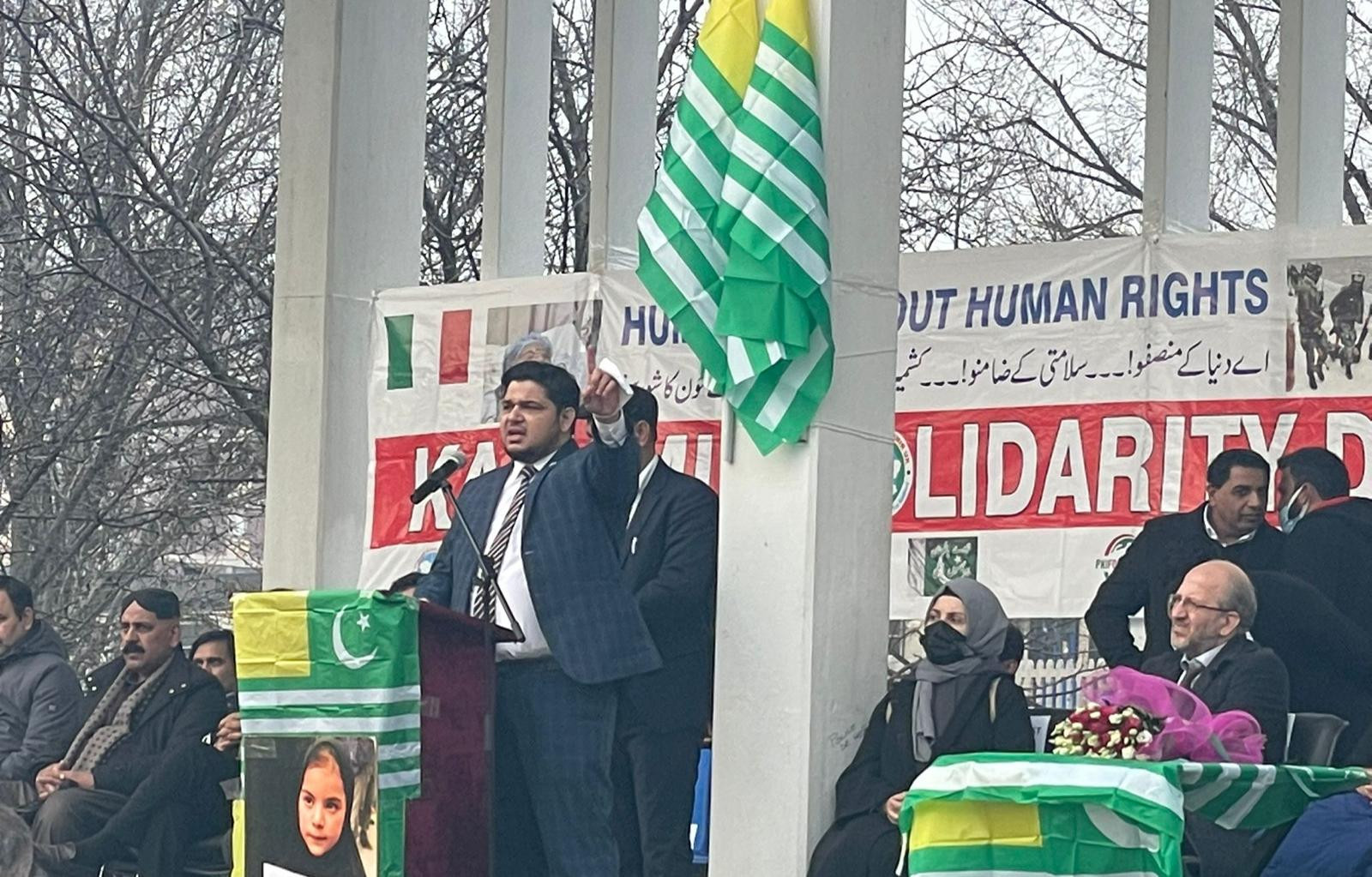 
The Kashmiri voice for the right to self-determination resonated at the biggest rally in Brescia, Italy where thousands of Pakistanis, Kashmiris and European allies turned up on Monday.

“This impressive show of support for Kashmiris is a signal that the day when the beleaguered Kashmiris get their right to self-determination is not far,” said British lawmaker Yasmin Qureshi while addressing the rally hosted by the Europe chapter of Tehreek-e-Kashmir (TeK) Italy.

Yasmin thanked the president of TeK Mahmood Sharif, saying that awareness among Europeans was important to counter propaganda against Kashmiris.

“The Indian government, especially the Modi regime, have unleashed brutal repression on Kashmiris,” Yasmin said, who serves as a British shadow minister.

Thousands of Italians, Pakistanis and Kashmiris took to the streets of Brescia to show solidarity with the people of Indian Illegally Occupied Jammu and Kashmir (IIOJK) to mark Kashmir Solidarity Day.

The British lawmaker stated that Kashmiris were being arrested “without due process of laws”.

She urged the world community to come to the aid of Kashmiris to fulfil the United Nations-promised right to self-determination.

“This impressive support at this august gathering is an honour for me to attend,” she said.

Turkish author and lyricist Turgay Evren told the rally that the people of IIOJK were “suffering massacres every single day.”

“Unfortunately, the world is blind and deaf about the human rights violations in IIOJK. We need to tell the world about the sad stories of Kashmir such as fake encounters, half widows and people losing their eyes because of the use of pellet guns,” he said.

Turgay warned that India was “trying to change the demography of Kashmir through settler colonialism.”

“We need to stop this by mobilizing the UN and all international human rights organisations,” he added.

President TeK UK Fahim Kayani said that awareness regarding the situation in IIOJK was spreading across Europe through the hard work of the Kashmiri and Pakistani diaspora.

“The freedom movement is a process and Kashmiris are moving towards this sacred goal with commitment and determination,” he stated.

Kayani maintained that there was no space for Kashmiri and Pakistani activists to become complacent.

“The work is huge but sacred as the biggest blessing by the Almighty is freedom and that is the inspiration for us to work harder for the Kashmir cause,” he said, thanking Sharif for his determination and good coordination for the rally.

“We will lead the fight for the right to self-determination of Kashmiris from the front and no one can cow us down,” he said.

He informed the European allies about the war crimes committed by India in IIOJK. “There is no justification for the international community’s silence over India’s crimes in Kashmir… the world community will have to wake up and stop this annihilation of humanity committed by India,” he said.

President of TeK Spain Shafiq Tabasum said that the Modi regime had introduced laws to change the demographics on ground which was a direct contravention of international human rights laws.

President of TeK Italy Mahmood Sharif highlighted that it was all of humanity’s responsibility to help Kashmir against India.

“India’s façade of democracy and secularism is the biggest fraud that has blinded the people in Europe and it is our utmost duty to unmask India in these lands that boast of human values,” he said.

Sharif also thanked all those who took the time to attend the rally. “The attendance of a large number of people clearly shows that India cannot befool the world with its façade.”

Fall of Kabul: Reflections after one year