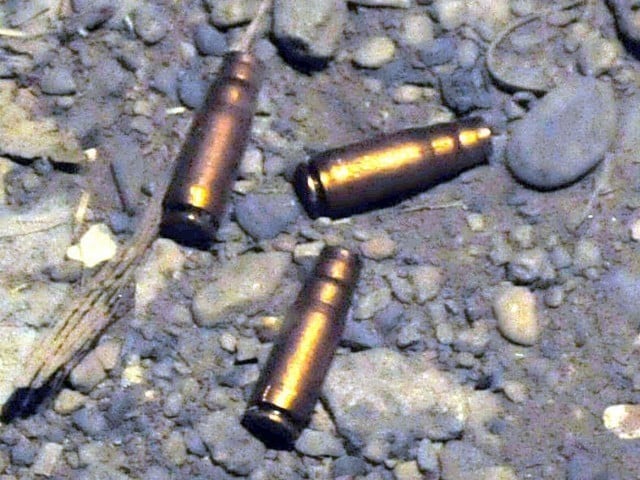 
Three tribal elders from Waziristan were gunned down in a firing incident in DI Khan district on Thursday.

Police said that Dost Khan Mehsud belonged to a sub-clan of Mechen Khel of Mehsud tribe and unidentified bike riders opened fire at his motorcar when he was on his way back home from a Jirga.

“Dost and his friend Malik Ghos Khan died on the spot while Malik Noor Muhammad succumbed to his injuries before reaching the hospital,” said a police official, adding that all the three had no enmity with anyone but there was a dispute on the land where government is constructing a small dam and it could be a motive behind the triple murder.

Later the family members placed the coffin on road and started a sit-in. They demanded the arrest of those involved in the cold blood murder and said that increasing lawlessness had put the lives of local residents in danger but police was unable to take any step against those involved.

It may be mentioned here that since the merger of the former Fata with the K-P, hundreds of lives have been lost due to land disputes.

In the past Frontier Crimes Regulations (FCR) and its collective responsibility clauses kept the tribesmen in check due to the unlimited administrative and judicial powers of the political agents. They also had large funds to hire the services of local elders who played a pivotal role in establishing law and order in the region.

Now deputy commissioners are almost helpless. They don’t have policing powers and lack judicial authority as well as financial resources to impose their decisions with an iron hand.

The newly introduced judicial system is not effective as local residents are not familiar with it.

As a result from Bajaur to Waziristan to Orakzai and Kurram, each year hunderds of people are killed.