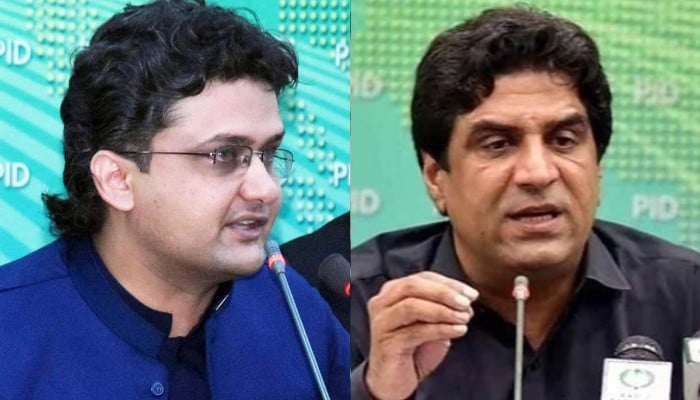 ISLAMABAD: An anti-terrorism court (ATC) in Islamabad on Monday reserved its verdict on a bail plea sought by PTI leaders in a case regarding the violation of Section 144 in the federal capital.

An FIR was lodged against PTI chair Imran Khan and other party leaders on August 24, after the former announced nationwide rallies to show solidarity with his chief of staff, Shahbaz Gill, over the claim that his party leader faced “sexual abuse” during detention in a sedition case.

Other PTI leaders nominated in the case include Asad Umar, Murad Saeed, Fawad Chaudhary and Faisal Javed. Awami Muslim League leader Sheikh Rasheed is also among the 17 people named in the FIR.

The FIR states that around 1,000 PTI supporters along with the party leaders violated Section 144 by blocking the road and using loudspeakers at Imran Khan’s behest.

At the outset of the hearing, PTI’s lawyer Babar Awan, Javed and Ali Nawaz Awan appeared before the court.

“Which official car was damaged, it was not stated in the FIR,” Awan said.

The lawyer added a case was filed against the PTI leaders for just standing on the road. He said that 37 cases have so far been registered in Islamabad under the same offences.

At this, judge Raja Jawad Abbas said that 15% of the cases in the ATCs are political cases.

Meanwhile, the court asked the prosecutor to present his arguments. However, the prosecutor said that he will present the arguments after he gets the record as he does not have it right now.

At this, the court ordered the prosecutor to present his arguments before November 14. Later, the court reserved the decision after the completion of arguments by Awan, adjourning the hearing till November 14.