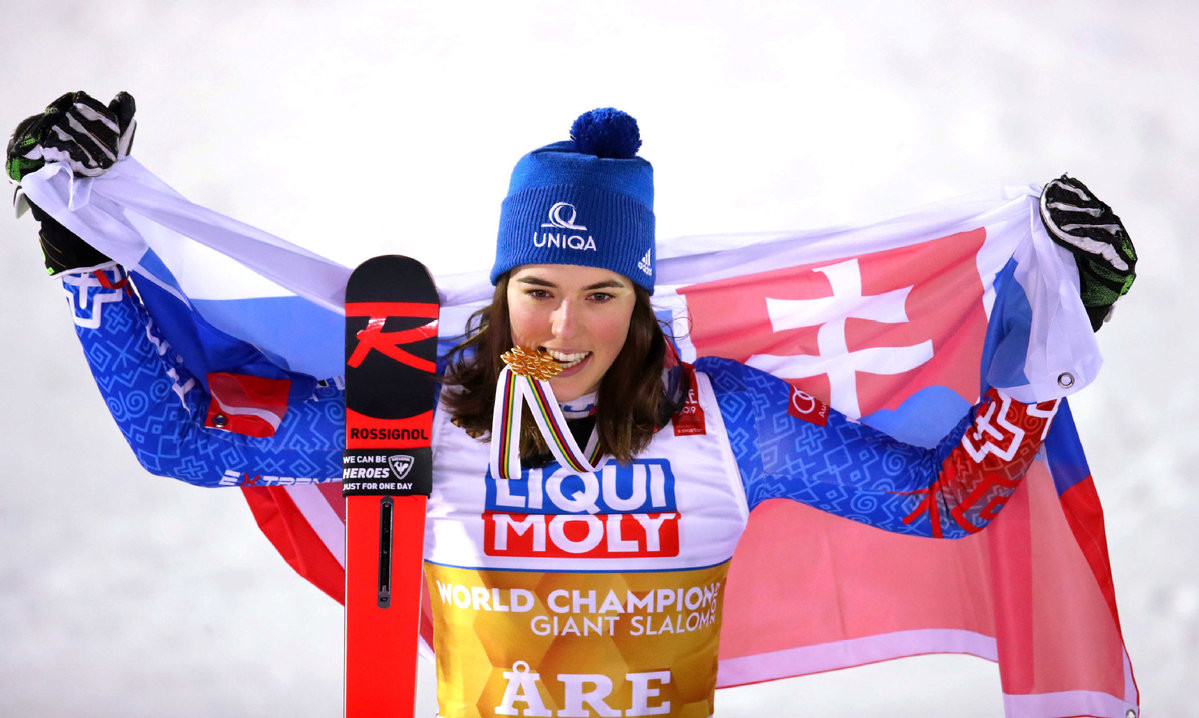 Vlhova clocked a combined total of 1min 44.98sec over the two runs to edge Austria’s reigning world champion Katharina Liensberger into silver by eight-hundredths of a second, with Switzerland’s Wendy Holdener claiming bronze at 0.12sec.

“I gave everything I had and at the end I am Olympic champion,” said Vlhova, whose gold was Slovakia’s first in alpine skiing at a Winter Games. “It’s something huge.

“I have been dreaming all my life to win an Olympics or just to have medals. I have a lot of emotions right now inside me. This season I was really strong and today I gave everything.”

Shiffrin, as she had done in the giant slalom at these Games, slid out of the first leg of the slalom to blast the field wide open.

After seven of the nine slalom races of the current World Cup season, Vlhova tops the standings ahead of Shiffrin.

The Slovak has six world championship medals to her name but had drawn a blank at the last two Olympics, with a best finish of fifth, and has often had to settle for second best to Shiffrin on the biggest stages.

But on the testing Ice River course at the Yanqing National Alpine Skiing Centre north of Beijing, it was Vlhova who held her nerve after finishing eighth fastest in the first run.

The 26-year-old laid down the fastest second run and watched on with increasing nervousness as the seven racers ahead of her failed to match her time.

“Honestly, it was really difficult to be calm and focused on my skiing,” said Vlhova.

“But I had a lot of power from my team. They trusted me, they believed in me and they repeated to me, ‘you are so strong, just ski free, enjoy and focus on your skiing, nothing else’.”

Vlhova’s renowned Swiss coach Mauro Pini added: “We were just asking Petra between the two runs to really be courageous, have a big heart on the slope in the second run with nothing to lose.

“Just to come home tonight without any regret.”

Sweden’s giant slalom gold medallist Sara Hector was left to rue a straddled gate that led to her disqualification while she was holding a commanding lead coming into the final descent.

Germany’s Lena Duerr, leader after the first run, eventually came in fourth, at 0.19sec. Shiffrin was on hand to console a tearful Duerr.

A total of 51 nations were represented in the 88-strong turnout for the first leg from skiing minnows as diverse as Taiwan, Israel, Lebanon, Madagascar, Malaysia, Peru, Thailand and Turkey.

None were close to making the podium