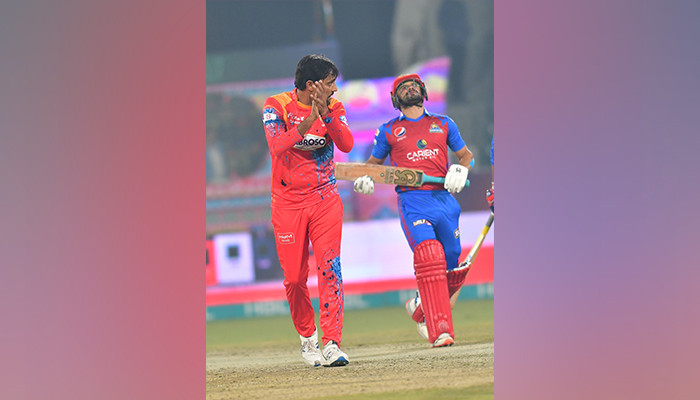 LAHORE: Karachi Kings have been eliminated from the continued Pakistan Tremendous League (PSL) after their seventh consecutive loss, and the most recent defeat got here by the hands of Islamabad United.

The United have been smelling defeat when Kings wanted solely eight runs from the last over, however Waqas Maqsood didn’t let his workforce down and lived up to date.

He succumbed solely six runs and took three wickets — Imad Wasim, Jordan Thompson, and Chris Jordan — as he shattered the Babar Azam-led facet’s hopes of remaining within the title race.