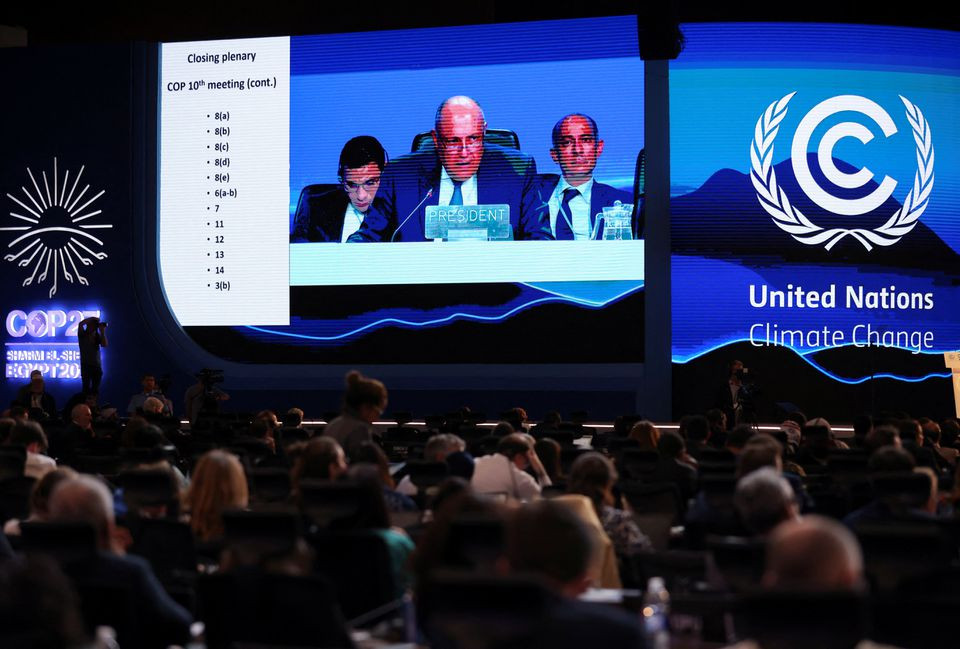 
The COP27 summit of nearly 200 countries agreed on Sunday to set up a “loss and damage” fund to support poorer countries being ravaged by climate impacts, overcoming decades of resistance from wealthy nations whose historic emissions have fuelled climate change.

Federal Minister for Climate Change Sherry Rehman, who was part of the campaign by developing nations to win the commitment at the two-week UN summit in Egypt, hailed the landmark decision as “downpayment on climate justice”.

But the text of the agreement leaves open a number of crucial details to be worked out next year and beyond, including who would contribute to the fund and who would benefit.

What is ‘loss and damage’?

In UN climate talks, “loss and damage” refers to costs being incurred from climate-fuelled weather extremes or impacts, like rising sea levels. Climate funding so far has focused mostly on cutting carbon dioxide emissions in an effort to curb global warming, while about a third of it has gone toward projects to help communities adapt to future impacts.

Loss and damage funding is different, specifically covering the cost of damage that countries cannot avoid or adapt to. But there is no agreement yet over what should count as “loss and damage” caused by climate change – which could include damaged infrastructure and property, as well as harder-to-value natural ecosystems or cultural assets.

A report by 55 vulnerable countries estimated their combined climate-linked losses over the last two decades totalled $525 billion, or 20% of their collective GDP. Some research suggests that by 2030 such losses could reach $580 billion per year.

Vulnerable countries and campaigners in the past argued that rich countries that caused the bulk of climate change with their historical greenhouse gas emissions should pay.

The United States and European Union had resisted the argument, fearing spiralling liabilities, but changed their position during the COP27 summit. The EU has argued that China — the world’s second-biggest economy, but classified by the UN as a developing country — should also pay into it. A few governments have made relatively small but symbolic funding commitments for loss and damage: Denmark, Belgium, Germany and Scotland, plus the EU.

China has not committed any payment. Some existing UN and development bank funding does help states facing loss and damage, though it is not officially earmarked for that goal. Also remaining to be worked out are the details on which countries or disasters qualify for compensation.

What does the COP27 agreement say?

The fund agreed at the UN summit in Egypt will be aimed at helping developing countries that are “particularly vulnerable” to climate change, language wanted by wealthy nations to ensure the money goes to the most urgent cases while also limiting the pool of potential recipients.

The deal lays out a roadmap for future decision-making, with recommendations to be made at next year’s UN climate summit for decisions including who would oversee the fund, how the money would be dispersed – and to whom.

The agreement calls for the funds to come from a variety of existing sources, including financial institutions, rather than relying on rich nations to pay in. Some countries have suggested other existing funds could also be a source of cash, although some experts say issues like long delays make those funds unsuitable for addressing loss and damage.

Other ideas include UN Secretary-General Antonio Guterres’s call for a windfall profit tax on fossil fuel companies to raise funding.