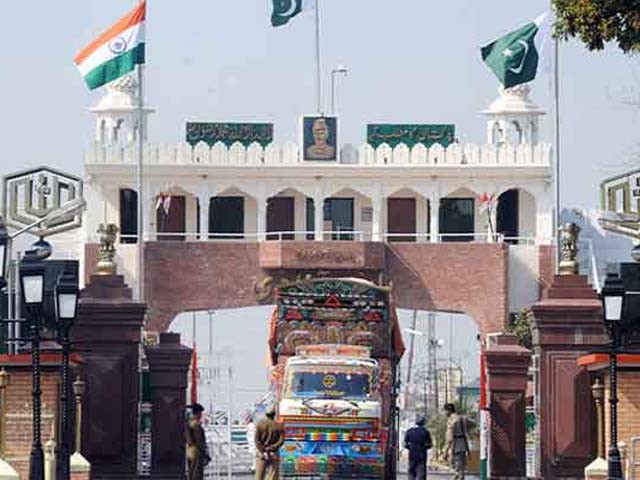 Given the ever prevalent hostilities which have marked political relations between Pakistan and India, it remains unlikely that trade ties between the two South Asian neighbours will improve anytime soon. The already dismal trade partnership suffered greatly as a result of the cross-border tensions which intensified following the Pulwama attack in 2019. Despite the long-standing political differences, from an economic perspective, it is almost inconceivable that two countries which share so much in common, including a more than 3000 kilometre long border, do not engage in commerce with one another.

A lack of trade despite having a close proximity is contrary to the Gravity Model in economics, which assumes distance as a major factor in determining trading practices. In the model, distance is essentially used as a proxy for transportation cost. Furthermore, the greater the geographical distance, the greater the perceived change in cultural values and norms. A dissimilar culture often adversely affects the communication and trust between two trading partners, hence making it intricate for the establishment of a sound trading relationship. The model also takes into account the sizes of the respective economies, and the Gross Domestic Product (GDP) being directly proportional to the level of trade. However, the Indo-Pak trade scenario is a classic example one could use to demonstrate the model’s lack of applicability in today’s world.

Pakistan and India, despite boasting large quantities of nuclear arsenal, are still battling malnutrition, poverty and income inequality. To combat this, in theory, bilateral trade would augment the basket of goods and services available for people on both sides of the border, and would make the markets more competitive, resulting in a propitious trickle-down impact on prices.

Despite the current official cessation of commerce activities, trade is still taking place between India and Pakistan either illegally or via a third country. The latter, popularly known as circular trade, takes places through countries like Afghanistan. This is a testament to the fact that there are economically favourable opportunities available for the two nations, and business persons would be eager to indulge in cross-border trade if given the opportunity.

Inflows into Pakistan through these mediums comprise mainly of vegetables like tomatoes, medicines and pharmaceutical products, chemicals, textiles, tires, and machinery. On the flip side, the outgoing commodities include dry fruits, pulses, edible oil, footwear, clothing, and tobacco. Therefore, the liberalisation of trade policies between India and Pakistan could help formalise these trade channels and accord a stream of revenue for the respective governments in the form of custom duties.

From a Pakistani perspective, trade with India would help to draw in cheaper goods from across the border. To name a few such possibilities, Pakistan can substitute imported iron ore from Australia and Brazil with lesser priced Indian iron ore. Cheaper tea and coffee from India could also become available for Pakistan, which is instead currently being procured from Kenya because many multinational companies have established tea gardens there. Pakistan also has a sizable market for tires from India, especially those used for lorries. Due to the existing lack of trade along the Indo-Pak border, these tires are instead routed through Turkmenistan. This in turn leads to an escalation in the price. If variables such as transportation costs were lowered, and circular trade was abandoned altogether, it could lead to enormous trade benefits for both India and Pakistan.

The sharp fall of the Pakistani rupee against the American dollar has also negatively impacted Pakistan’s trade balance with the United States, especially when it comes to the importing of pharmaceutical products. Indian medicines could prove to be a much more economical alternative in this aspect, perhaps even to what pharmaceutical companies in Pakistan charge. Moreover, Pakistan is also facing frequent supply shocks in food items ranging from tomatoes to sugar, which in turn causes prices to skyrocket temporarily. In light of the regularity of these shortages, it has become imperative for the state to have a ready solution for such instances where supply disruptions can be dealt with immediately. Trade with India could provide a viable solution to help combat these supply-side shocks.

The benefits mentioned here only scratch the surface of what Pakistan and India could gain if they allow politics to take a back-seat and instead focus on furthering economic prosperity. Recent indications by the Pakistan government show that perhaps one can be optimistic about the resumption of trade ties with India. It is also safe to assume that improved trade relations could go a long way in helping to repair Pakistan and India’s political differences too. As the French economist Frédéric Bastiat said, “When goods do not cross borders, soldiers will.”

Man dies after crashing car, firing gunshots near US Capitol

Man abandons wife after she asks for new clothes