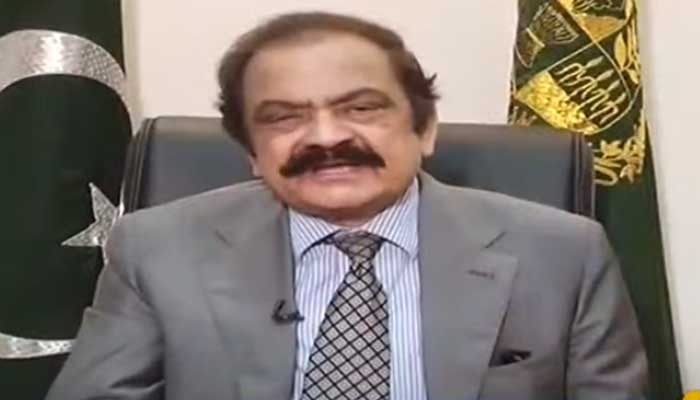 ISLAMABAD: Dubbing PTI Chairman Imran Khan the “biggest liar”, Interior Minister Rana Sanaullah said that he would accept any punishment if the former prime minister’s claim that two shooters tried to assassinate him during the long march in Wazirabad is proved to be true.

Speaking during Geo News’ programme, “Naya Pakistan”, Sanaullah said, “His [Imran Khan] lies cannot be estimated like measuring the depth of the sea.”

Reacting to his address after the assassination attack, the interior minister said that his “lie is telecasted live” because he is head of a party.

This “dajjali fitna” is misleading the nation, he said and claimed that Khan did not sustain four bullets. “His lie would be caught if an independent probe into his wounds,” he added.

He suggested that a Supreme Court bench, headed by Chief Justice of Pakistan (CJP) Umar Ata Bandial, should be formed and tasked with probing his [Imran Khan] attack and the murder allegations against him [the interior minister].

Referring to Imran Khan’s murder allegations against him, Sanaullah asked why did he avoid the cases during his four-year term as prime minister.

Sanaullah said: “He is saying that four bullets hit him. He is lying. He said that a man fired at him from the front. He is lying.”

“Every moment of the entire incident is on video. If it is proven that there were two bursts instead of one, We stand punishable,” he added.

The minister added that the government has asked for a joint investigation team (JIT) for the incident to be formed since the first day.

Commenting about the accused who was apprehended by Punjab Police after he attacked Khan, Sanaullah said: “The man was caught by their workers. Gujrat police captured him and released the video. Are they my subordinates?”

The minister went on to question if the Punjab government is working under the coalition or the PTI-backed administration of Chief Minister Pervez Elahi.

“The rabble-rouser, rioter wants to destruct the entire country and nation,” Sanaullah said when speaking on the programme.

The minister added that the PML-N was not blackmailed even when Khan had filed cases against its members. 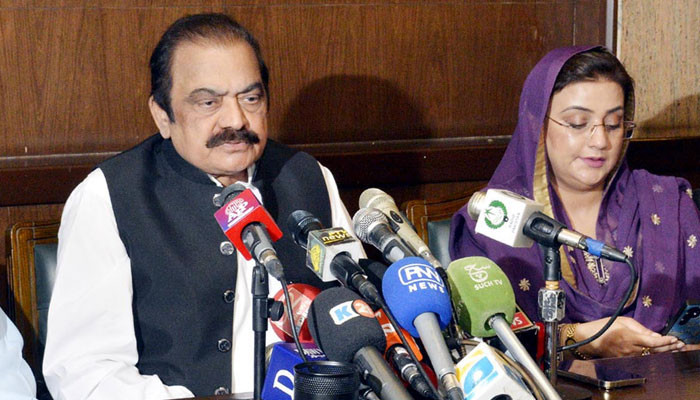