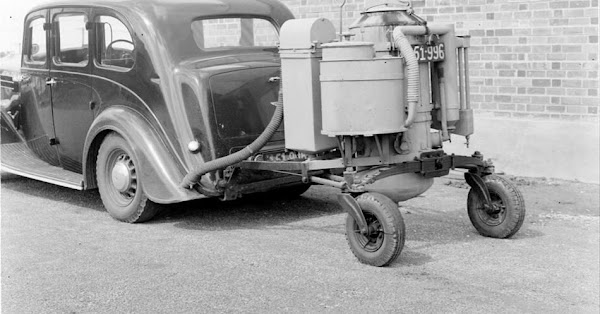 In the early 19th century, in addition to coal and natural gas, a new kind of fuel became available to people. It was called synthetic gas (or syngas) and was available in many different forms such as coal gas, wood gas and water gas. Synthetic gas is produced by converting biomass or other carbon-containing materials, such as wood and coal, into a gaseous product by subjecting them to heat in oxygen-deprived environment. The resulting gas contains a mixture hydrogen, carbon monoxide and methane, all which are inflammable and can be burned to give off heat and light. 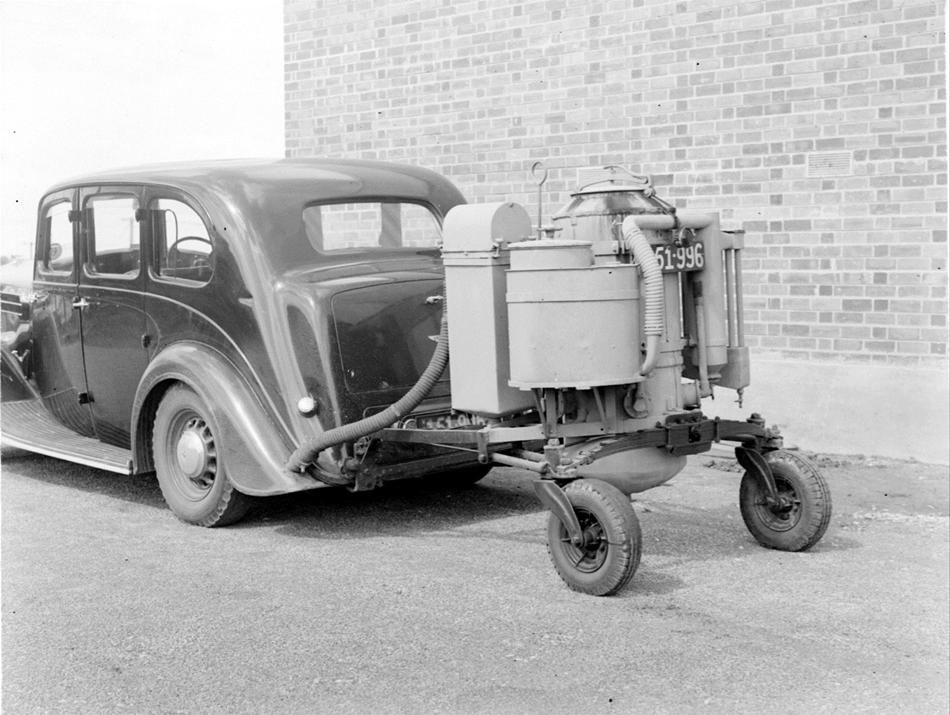 A car with a gas generator on a trailer in Victoria, Australia.

The earliest coal gases were derived from coal and peat and was used for lighting and cooking purposes. London got its first street light burning coal gas in 1807, and shortly after coal gas (also called town gas) lighting became available in most industrialized cities until the end of the 19th century when it was replaced with electrical lighting. Syngas continued to be used in blast furnaces and in factories until the 1920s.

In 1920, French engineer Georges Imbert built a mobile wood gas generator that fed on wood chips and produced a clean, dry gas which could be fed directly into a vehicle’s combustion engine with little modification to the engine itself. At the end of the 1930s, about 9,000 vehicles were in use in Europe equipped with Imbert generators. That number would rise exponentially during World War 2, when gasoline became short in supply. In Germany alone, around 500,000 coal gas vehicles were in operation by the end of the war. These included private cars, trucks, buses, tractors, motorcycles and even ships, trains and tanks were equipped with a wood gasification unit. A network of some 3,000 wood stations were set up, where where drivers could stock up on firewood. 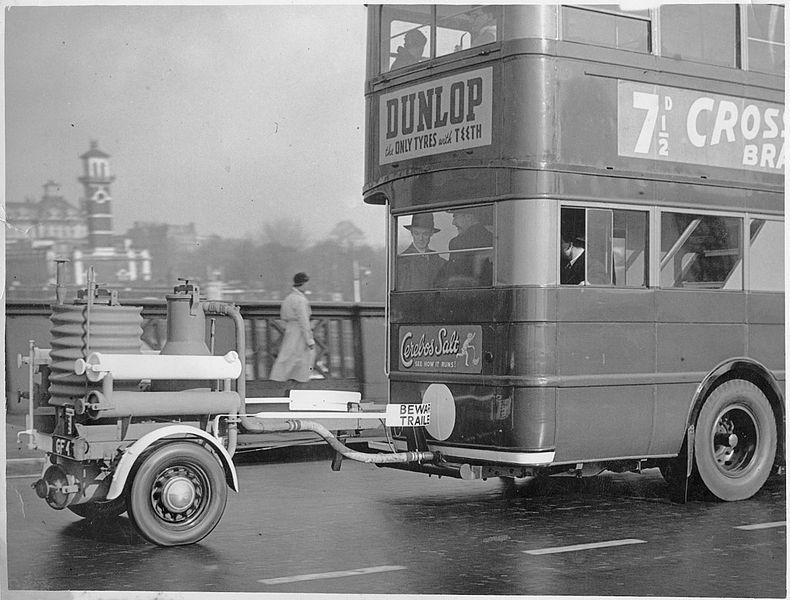 Wood gas consists roughly of 50% nitrogen, 27% carbon monoxide, 14% hydrogen, 3% methane and 4% carbon monoxide with trace amounts of oxygen. Nitrogen and carbon dioxide make up more than half of the total constituents of the gas, and they are inert, as far as internal combustion engine is concerned. And carbon monoxide is a slow burning gas. This means that wood gas has very low energy density. The energetic value of wood gas is around 5.7 MJ per kg, compared to 44 MJ/kg for gasoline and 56 MJ/kg for natural gas. 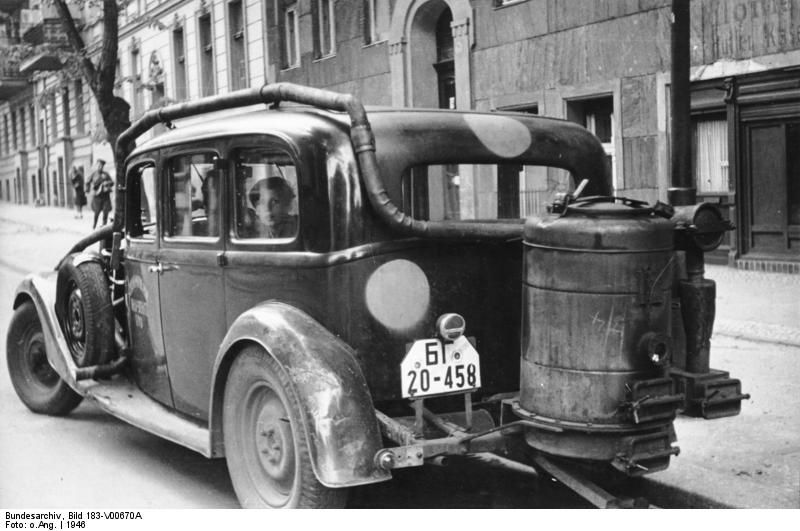 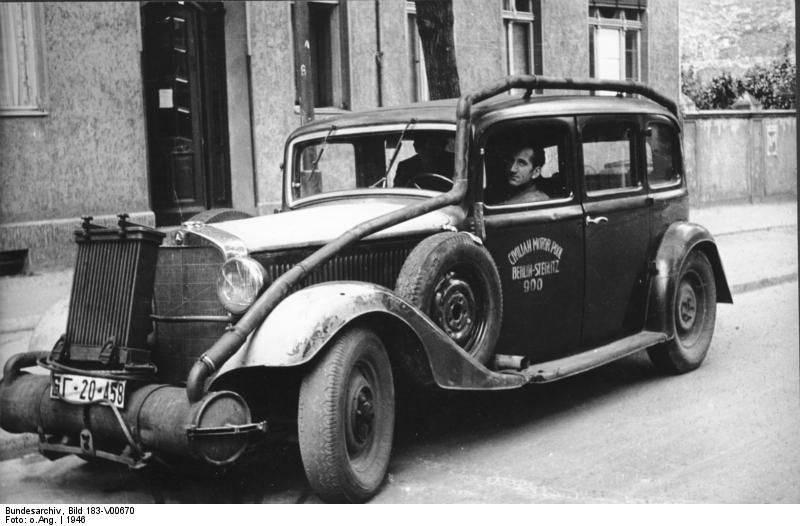 Front view of the same car. The pipe running from the back of the car goes into a precipitation tank at the front. The pipe does not run through the car interior, as even a small leak of carbon monoxide would have been very dangerous. After the precipitation tank the gas goes into the cooler mounted just above it and looks like a radiator.

However, a highly efficient gasification process can convert about 75% of the fuel into a combustible gas. Even then, an wood gas car consumes about one and half times more energy than a vehicle run on petrol. In other words, a car burning 1,000 kilograms of wood combustible matter will give the same mileage as a car burning 365 liters of petrol, which is impressive because petrol or gasoline is significantly costlier to produce. Furthermore, a vehicle running on wood gas has significantly lower exhaust emission than one running on petrol. Combustion of wood gas generates no particulates, and very low carbon dioxide which is good for the environment.

The most obvious disadvantage of an woodmobile is the size of the fuel tank required. The gas generator takes up a lot of space and can easily weigh a few hundred kilograms empty. Because wood gas burns slowly and has a low energy value, the vehicle does not derive enough power from burning wood gas which limits its speed and acceleration. The generators also require up to 10 minutes to get up to working temperature, so you cannot jump in your car and drive away immediately.

After the war ended, gasoline once again became available and the technology became obsolete. 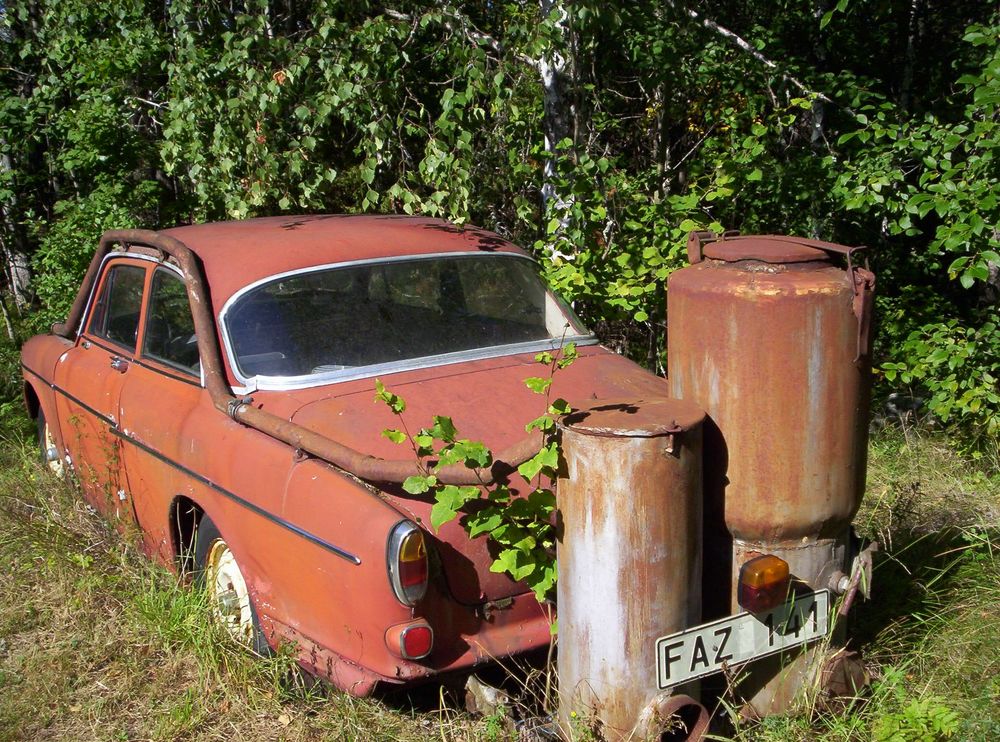 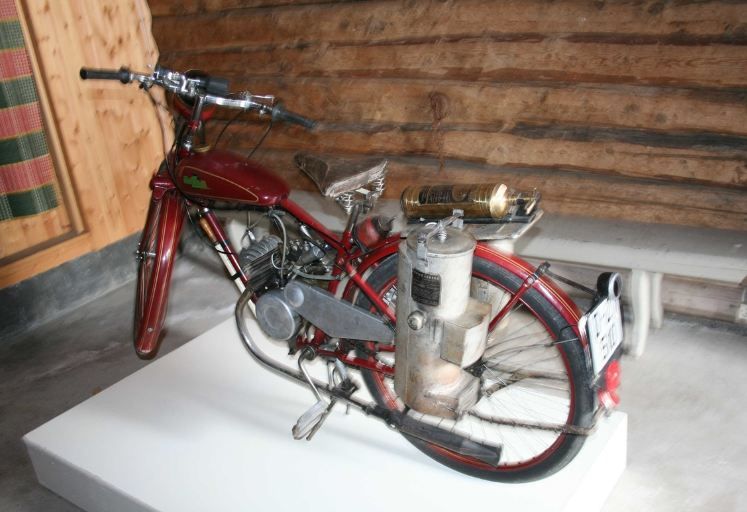 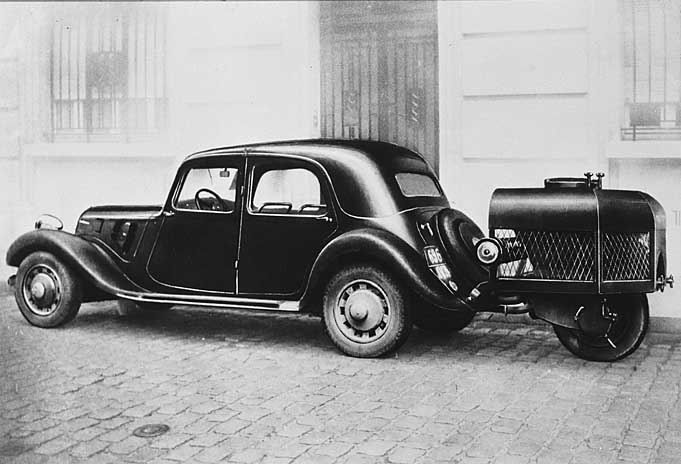 Car with gas generator on trailer, 1943. 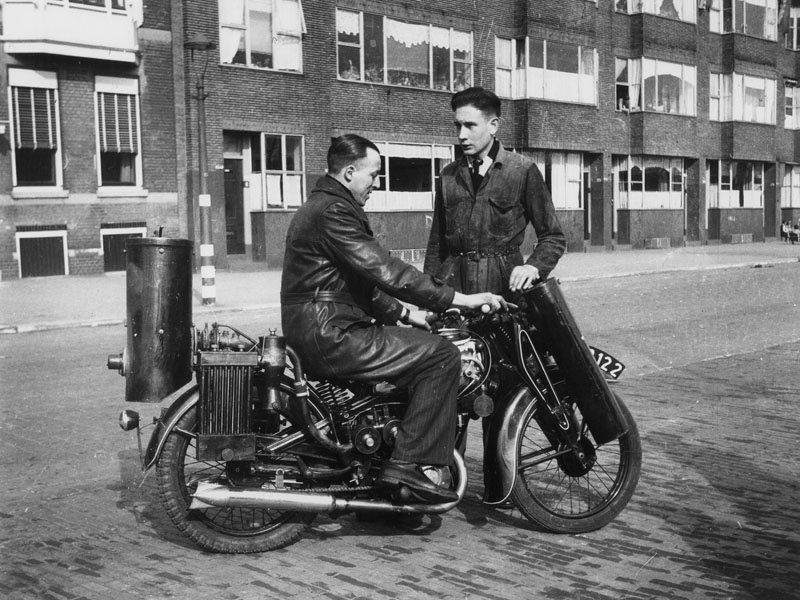 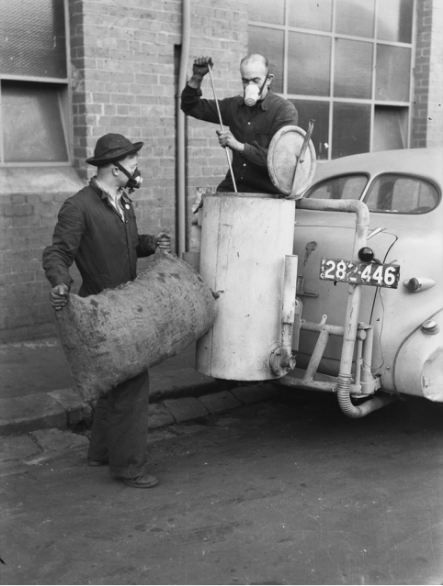 Refuelling a gas generator in Australia.

The list of top 10 most expensive cities in the U.S.

The Sculpted Rocks of Rothéneuf

Did This 17-Year-Old Really Murder His Parents And Little Sisters Over An Argument About Prom?