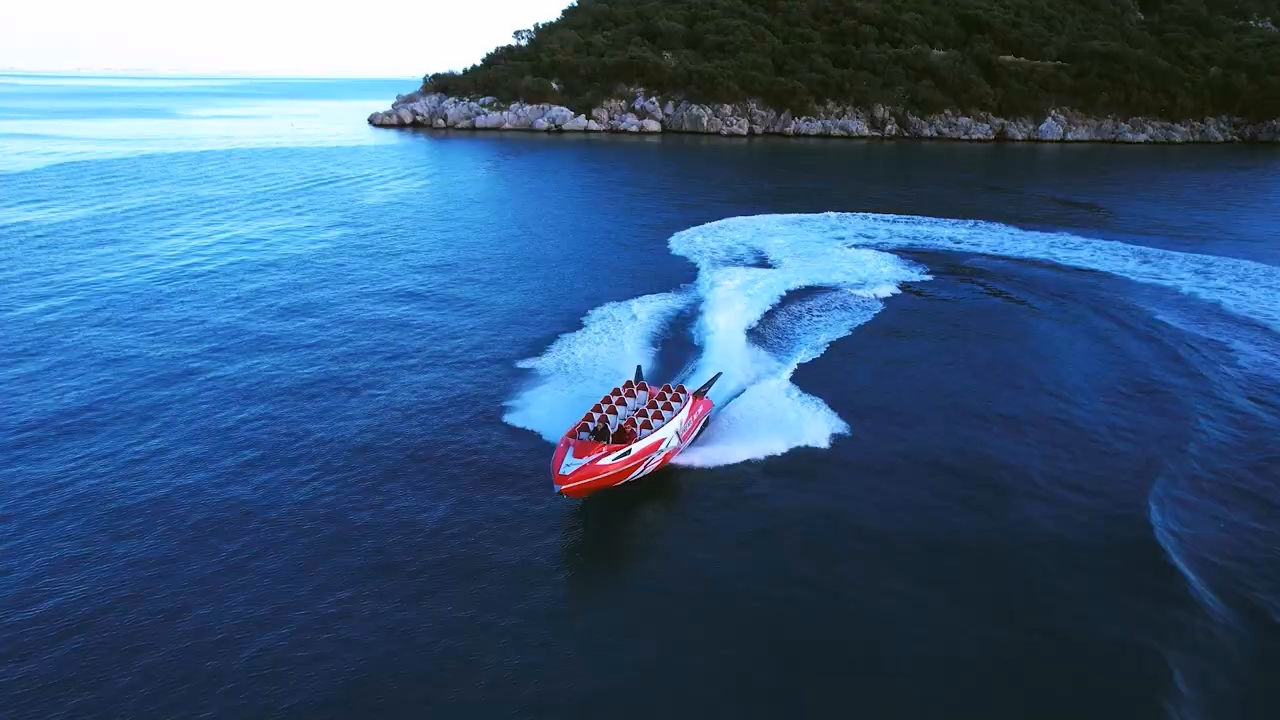 
An overseas Pakistanis investment group has developed the world’s largest and fastest speedboat to promote adventure tourism in Pakistan.

The world’s fastest boat arrived in the country last week as increased tourism opportunities within the country have piqued the interest of investors.

Modern speedboats have been operating in developed countries, which have leading positions in the global tourism industry, such as, the United States, Canada, Japan, Korea, New Zealand, Australia, Thailand and Turkey.

“This is the first time that such a modern boat has been imported into Pakistan,” stated Zulfiqar Momin, the director of the Greenland Corporation, the company of overseas Pakistanis that developed the boat.

The speedboat is light-weighted but strong with the ability to move fast in shallow waters of lakes and rivers. It contains two 320/320 horsepower jet engines, boasting overall power of 640 horsepower or 12,400 CC.

The speedboat is fitted with a jet engine from the American company Mercury, reflectors made in Finland and the boat was built in Turkey. It also contains advanced safety features, including a sophisticated seatbelt system.

Momin said that Hunza, being a beautiful scenic area of ​​Pakistan, had been selected to run the boat from the month of May.

“Tourists visiting Hunza from all over the country will be able to enjoy this unique boat. Local tourism in Pakistan is growing rapidly and so is the hotel industry in the northern areas of Khyber-Pakhtunkhwa [K-P] and Gilgit-Baltistan [G-B],” he said.

The boat will run between Shashkat and Hussaini Bridge in Upper Hunza, and tourists will be able to enjoy the beautiful scenery of Ardgar during the 15-minute ride.

As a result of the federal government’s initiatives to incentivise local and foreign tourists, investors are showing interest in investing in the industry.

To take advantage of the opportunities created in the tourism sector, the Greenland Corporation has decided to invest in a number of projects in G-B, including a zip line and other adventure tourism facilities.

Will take three wickets with one ball: PM Imran